Mabulmaddin Shaiddin was born in Kampung Tamau, Kota Belud in 1972. He writes his work in the genres of poems, short stories, cultural paper and literature. During his many years of involvement in the field of writing, he received many accolades for his work such as Hadiah Sastera Sabah and Hadiah Sastera Perdana Malaysia in 2012. In 2014, he published his book entitled “Doa, Cinta dan Pohon Lilit”. Not only did his work was published locally in Malaysia, it was also published internationally through Bahana (Brunei), Riau Post (Indonesia), and Radar Banyuwangi (Indonesia). He works as a journalist at Utusan Borneo since 1994 and among his past positions that he had held over the years were the Chairman of Satu Ikatan Penulis Sabah (IPS), Penerangan Persatuan Sejarah Malaysia (PSM) Sabah district, and Penerangan Badan Bahasa dan Kebudayaan Iranun (BKI). 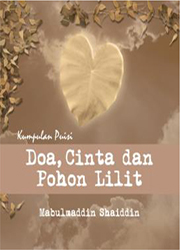 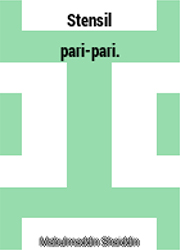