Anna Vivienne is a journalist who has been in the fraternity for more than 30 years. Started as an assistant programmer with RTM, Sabah, she has always been very keen in writing fiction and has written many radio play scripts for the Blue Network (English). She later left RTM to work with The Daily Express, where she served at the General Desk, Hotline Desk and Court until she left for Borneo Mail. She worked at Borneo Mail for the next seven years as CoEditor of its pullout page as well as a Columnist, Feature Writer and served at the General Desk. When Borneo Mail closed down, she joined The New Sabah Times where she worked as a Co-Editor and Feature Writer for Insight Sabah tourism pull out including serving at the General Desk. After seven years with The New Sabah Times, she joined The Borneo Post as a Feature Writer. She left the establishment to serve as a Chief Editor for the portal Sayang Sabah. She now heads the portal Borneonews.net. She first started as a short story writer with The Kinabalu Weekends from 1978 until it closed in the early 1980’s. The Chief Editor of The Kinabalu Weekend, Ignatius Daim had encouraged her to write fiction story books on her favourite tales of the supernatural and macabre. She wrote a few supernatural short stories in Dusun and Malay for the Borneo Mail but had never compiled them into a book. Anna Vivienne is a member of Sabah Journalist Association (SJA) and Kota Kinabalu Journalist Association (KKJA). She is also the author of a book published under the pseudonym of Grace Latinggam. The book of poem is entitled ‘Vampire Squid: Killed by a 3D Printed Periapt’ that is written in collaboration with an English writer, Cat Deal. Currently, she is working on her third book based on local ghost stories and urban legends as well as collaboration with another prolific local writer. 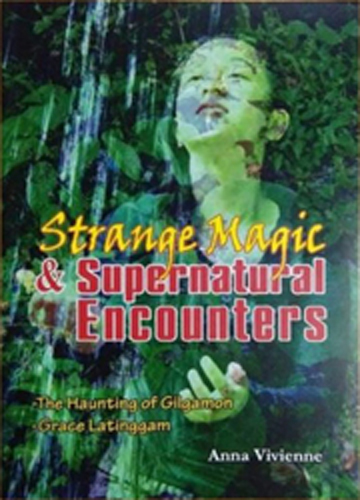